Why The Machinist is a Terrible Movie for Machinists 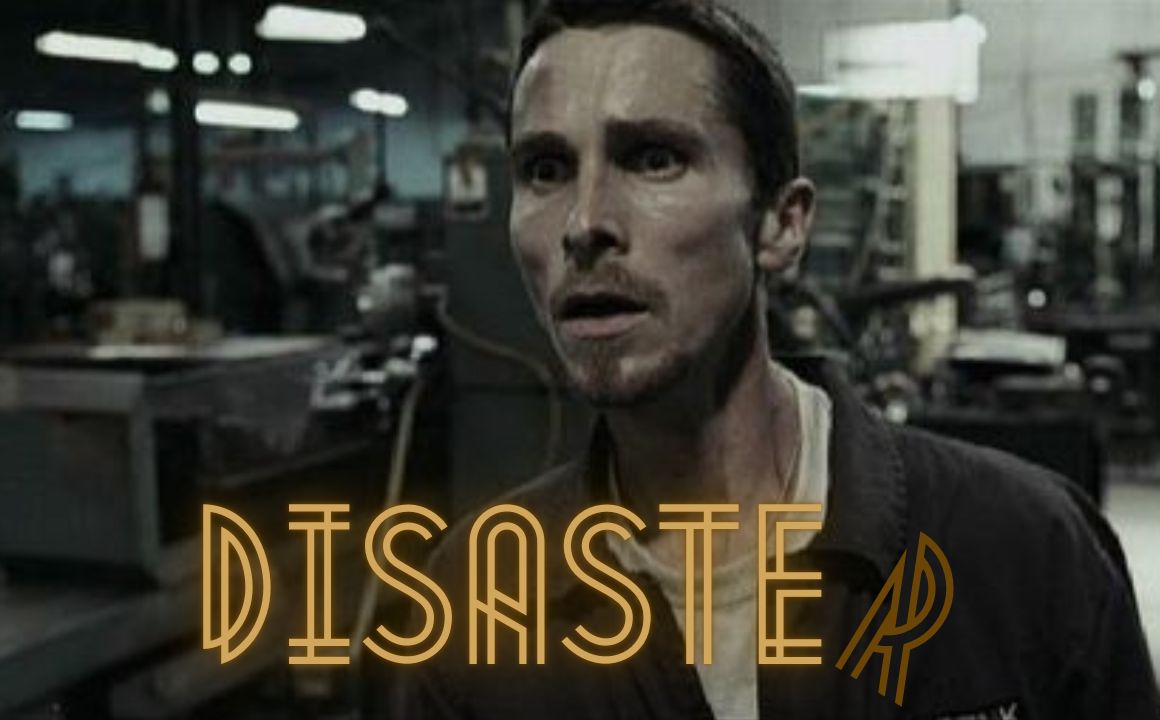 Recently, one of my streaming services had The Machinist in a list of movies recommended for me to watch next. I’ve seen the movie before and, at least from a critic’s perspective, it’s a fine film. Dark, suspenseful, surprising – it really does check a lot of boxes that normally indicate a great movie. But thinking about the film reminded me that it’s potentially frustrating to watch if you’re a machinist or somebody else working in a shop environment. For those of you who haven’t seen The Machinist yet, I’ll tell you why.

When was the last time you were in a shop, even a very small one, and didn’t see anyone utilizing their personal protection equipment? For me, it’s been a VERY long time. Having the right PPE is so important we actually published a checklist for technicians. However, you can watch every single shop-scene in this movie and not see a single set of safety glasses or hearing protection. Not even one! Some core scenes in this film are set around injuries that happen, or nearly happen, around production machines. Yet, somehow, nobody chooses to opt for extra PPE, even after they see a coworker gruesomely hurt. I dislike this part of The Machinist the most because it perpetuates a narrative about manufacturing that hasn’t fit the industry appropriately for decades. 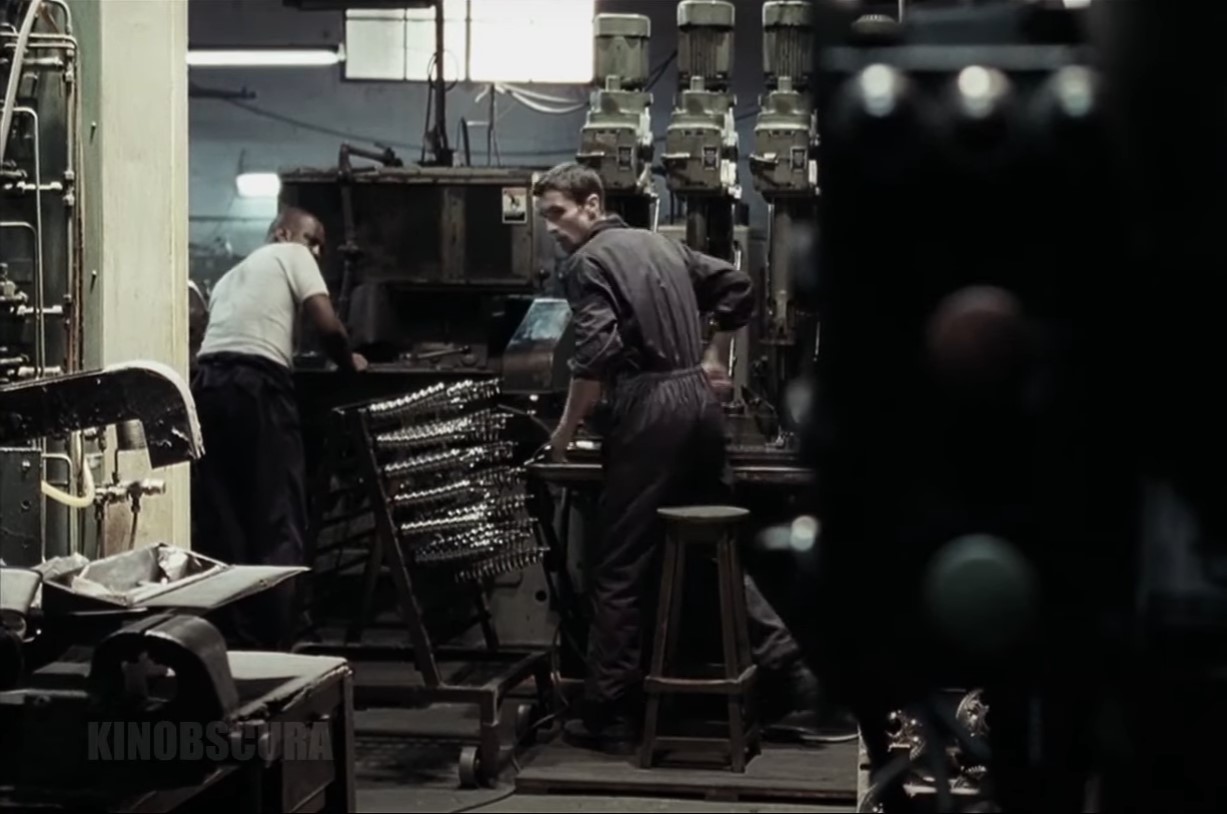 Speaking of those machines, where are the guards? Why so lax on proper procedure? At one point, the main character brings up OSHA workplace standards regarding Lockout/Tagout requirements. Does his supervisor or coworkers appreciate his input? Of course not! Instead, he gets grumbles, snide remarks, and rolled eyes. All because he’s reminding them that there is an industry regulation already in place to prevent exactly the kind of injury that occurs later in the film. First, having spent plenty of time in a shop, I can tell you this attitude is inaccurate. I’ve forgotten LOTO myself a couple times when rushing and, I can promise you, it wasn’t my coworker who was embarrassed when it was brought to my attention. Second, portraying such disregard for such fundamental procedures in a film famed for being “realistic” creates a false sense of accuracy too. This in turn goes on to undermine industry integrity for everyone unfamiliar with production environments.

The theme of misrepresentation in this movie continues when you consider the physical environment of the shop itself. The Machinist is a dark and dirty movie, so it’s understandable that cinematographers chose to reflect that with the shop set they created. Understandable but sadly still a totally inaccurate representation of most modern machining facilities today. In a post-Kaizen, Six Sigma-focused industry the “standard” shop is now much different. Well lit, well ventilated, and clean is now the norm for everything from the machine to the shop floor. Part of the reason that the skills gap even exists in the trades is because media continues to portray the industry with such dated imagery.

Another contributor to our current labor supply problem in manufacturing has a lot to do with the perceived attitude of our workforce. People in blue collar roles are commonly shown to be unwelcoming, unhelpful bullies. 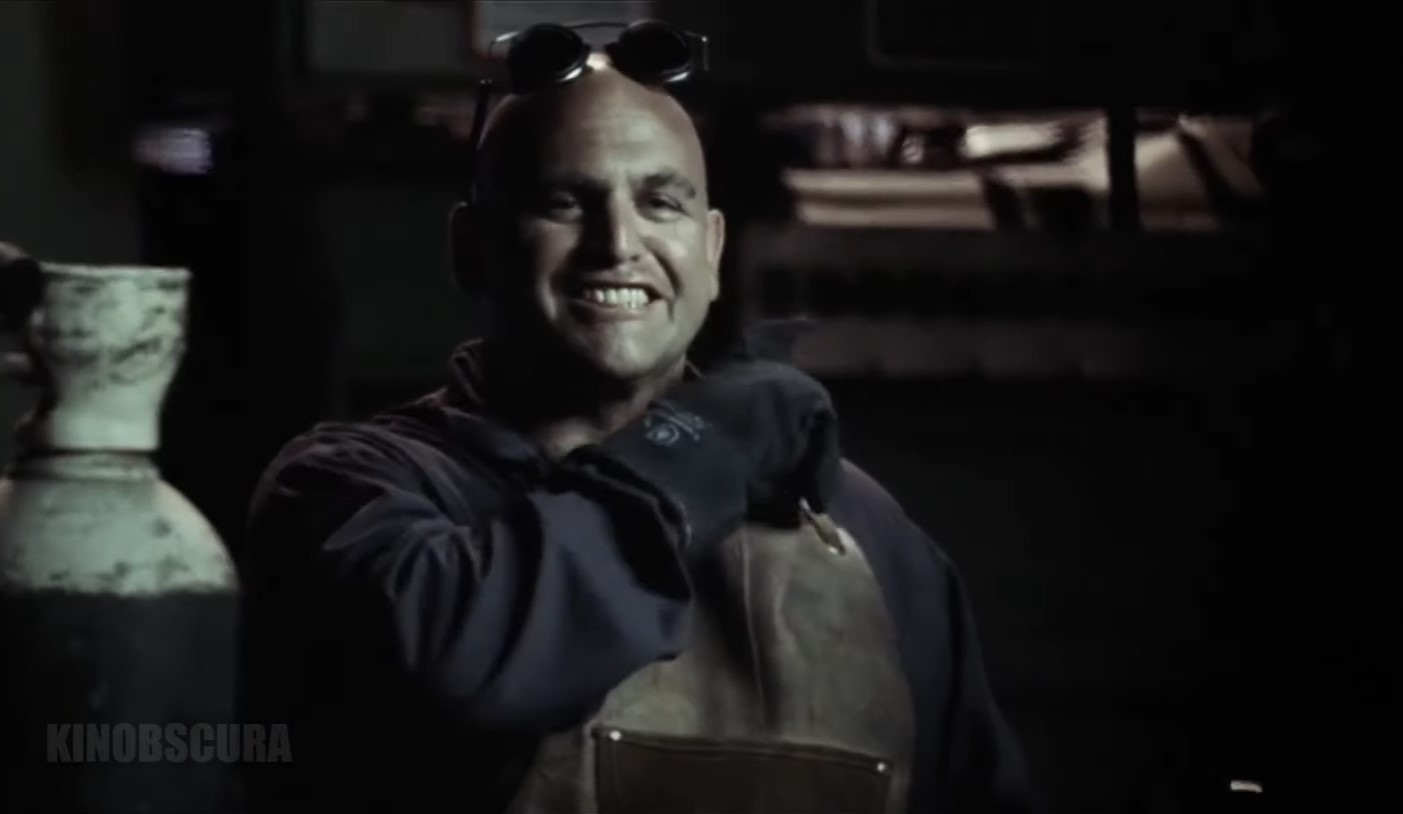 Members of younger generations entering the workforce today are a product of an education system full of anti-bullying policies and they are unwilling to tolerate the idea of something else in their workplace. Movies like The Machinist add fuel to this fire making potential machinists and fabricators think that all their coworkers will be rude, uncaring jerks just waiting for a chance to retaliate. This is most unfortunate of all the film’s missteps because those of us already working in and around the trades know the opposite to be true. Namely, these aren’t our father’s factories we’re working in or their colleagues we’re working alongside. Rather, machinists today work in facilities using the most modern tools, processes, environments, procedures, AND mentalities.

That’s why The Machinist is a terrible movie for machinists. If this article still makes you want to watch the film yourself, it’s currently streaming on Amazon Prime. Whether you’ve seen it already or not, I hope it also makes you watch it differently than you would have otherwise. Our industry needs more thoughtful consideration about how we’re represented and how we represent ourselves. Got another movie you think is terrible (or wonderful) to watch for people in the trades? We’d love to hear about it. Send suggestions to our Writing Team and maybe you’ll hear what we think about it in a future review.