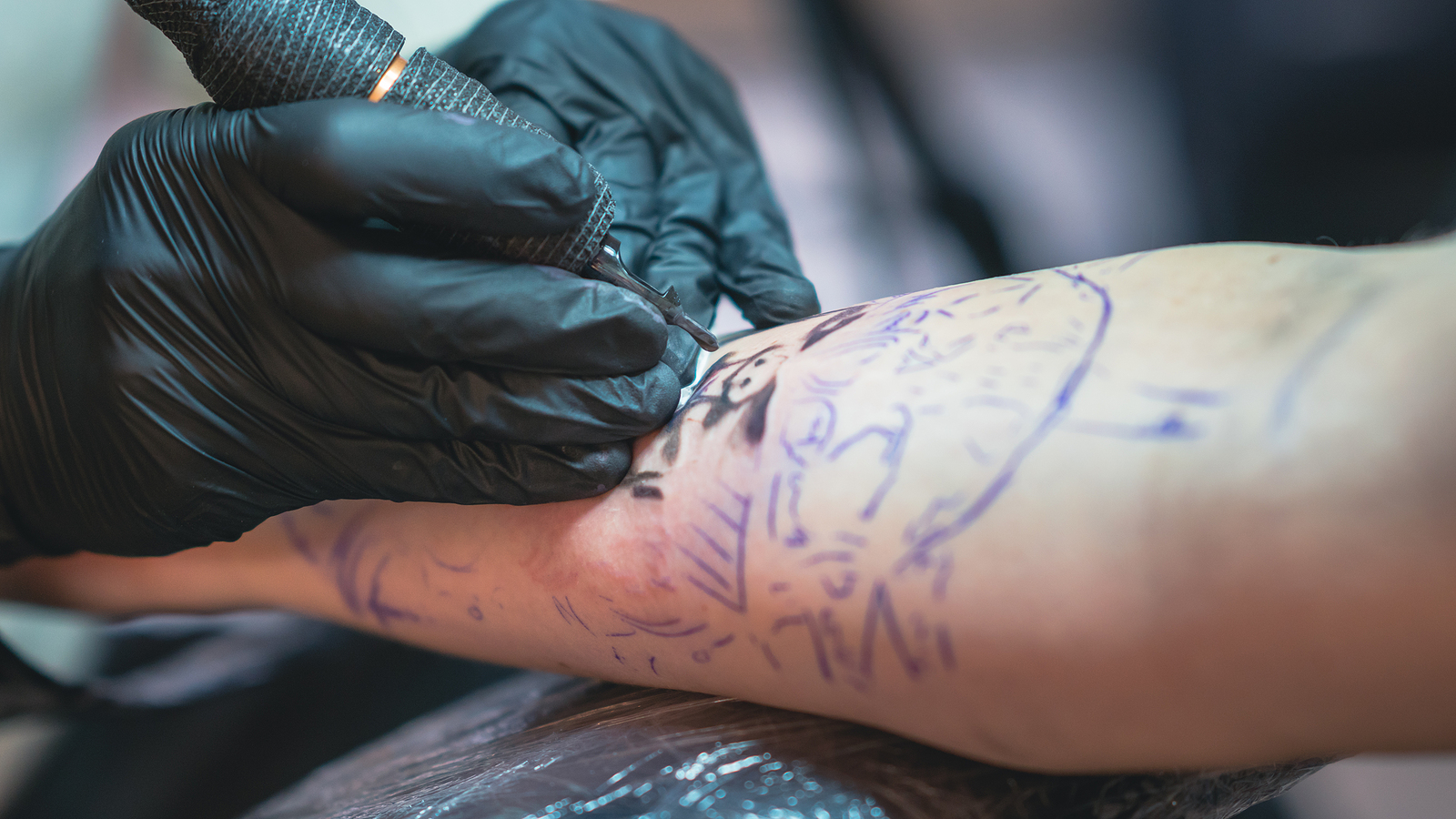 In honor of National Tattoo Day on July 17th, I thought I’d share some history with you rather than suggest you run out and get a tattoo commemorating a potentially made-up holiday. ?

History would have it that tattoos were originally introduced as a pain management or therapeutic technique and were a safeguard for women during pregnancy and child birth. More recent discoveries have shown tattoos randomly distributed on body parts that corresponded with areas of strain-induced degeneration, implying tattoos were applied to alleviate joint pain.

According to Greek writer Herodotus c. 450 B.C., amongst certain people, “tattoos were a mark of nobility and not to have them was a testimony of low birth,” that is until Christianity emerged and tattoos were banned because they tarnished one of God’s creations.

If I think back 35 years to my early childhood, tattoos were rare. My Uncle Kevin had a couple on his forearms but he always seemed like a bit of a rebel to me, so that made sense. Other than him, I’d only seen tattoos on sailors in the movies or in Popeye cartoons (and considering he was a sailorman, I guess that makes sense too).

Today, tattoos are everywhere and you’ll find them on teenagers, middle-aged business men and women, even grandmas and grandpas. I asked some of PMG’s employees recently to share the story behind their tattoos and there were three common themes:

My own tattoos fall into two of these categories!

Two years ago, my husband got me a gift card for my next tattoo and that baby has been burning a hole in my wallet since. Knowing what I want to put on my body and where is such a personal decision, and not one to take lightly I’ll figure it out one day (thank goodness gift cards don’t expire)!

In the unlikeliness this article has inspired you to get some ink, how incredibly cool is that (words are power). If it peaked your interest and you want to know more about the beginnings of tattoos from over 5,000 years ago, take a peek at this article from Smithsonian Magazine: https://www.smithsonianmag.com/history/tattoos-144038580/

Whatever you do next, put some thought behind it. Know there’s no going back, no pressure, and love your ink with all your heart; it represents a little piece of who you are at that moment in time.