How It’s Made – SPAM 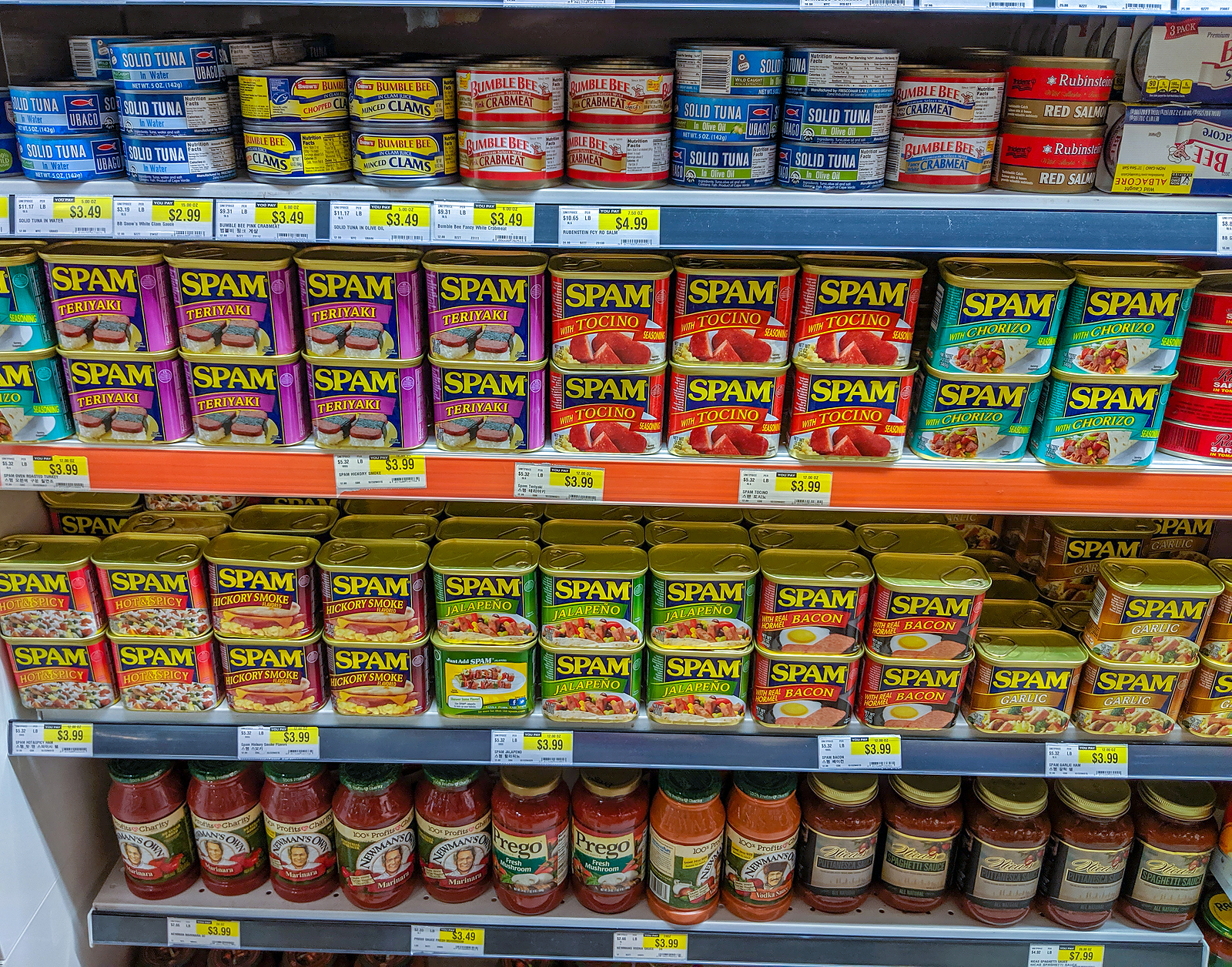 Let’s start with some interesting facts about SPAM.

Note: Hormel Foods Company was founded in 1891 right here in my home state of Minnesota!

Is it short for “shoulder of pork and ham”?

Does it stand for “spiced ham”?

The average citizen in Guam consumes 16 cans of it per year.

SPAM is sold at McDonalds in Guam.

The creator of SPAM, Jay Hormel, was inspired by a trip to the deli where he saw canned meat being sliced by the butcher. Jay decided Hormel’s next product would be a canned meat. After some trial and error, Jay also determined he could cut out the middle man (a butcher) by selling smaller cans of the meat directly to the consumer, allowing consumers to cut it themselves. This, and the fact that SPAM did not need to be refrigerated unlike other canned meats, was a real game changer for American households!

As a result of its hero status, Minnesotans are proud to call Spam ours, even if others label it a “Mystery Meat”, and we are here today to demystify it.

The primary cut of pork used in SPAM is pork shoulder because at the time of creation, it was the most difficult meat to process for other purposes. Sodium Nitrite stops the growth of bacteria which can cause food poisoning and it also creates the pink appearance due a chemical reaction occurring between it and the meat’s protein. In 2009, 72 years after creation, the recipe started including potato starch. This starch acts as a binder and prevents the meat from drying out in a pan.

Now, to take these six simple ingredients and create something as ground breaking as SPAM, we need to do the following:

Yes, that’s it. Six ingredients, six steps. It’s all really simple, isn’t it? And really, there’s nothing mysterious about it!

With all that said, if you haven’t tried SPAM, as a proud Minnesotan, I think you should! Grab a can from your grocery or convenience store and give it a go. If you need something to go with it, try some cheese (check out my article on how cheese is made) or simply fry it up in a pan. A quick Google search will give you so many recipes, including SPAM Sushi.