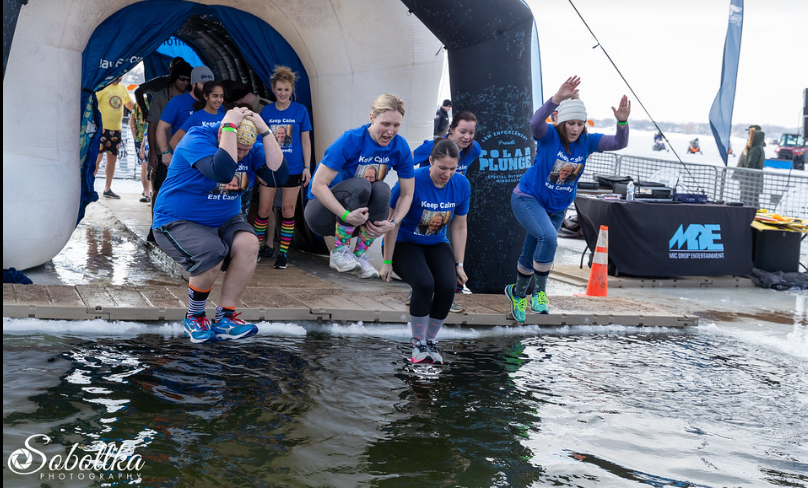 What’s the craziest thing you’ve ever done? How about the most charitable? Here at PMG, we like to combine the two answers every year when we Polar Plunge! Don’t know what that is or what it supports? Well then, let me tell you a little bit about it.

The Polar Plunge is a series of events, in many states across the country, where otherwise right-thinking people jump into freezing water in support of Special Olympics. Since all 14,000+ lakes here in Minnesota (bet you thought we only had 10k, huh?) freeze over each winter, we plunge. What do we mean by plunge? We cut a hole in the ice and jump in – pretty straightforward. It’s every bit as cold as it sounds but also so much fun!

About the Special Olympics

The Special Olympics began in the backyard of a Kennedy when Eunice Kennedy Shriver started her annual, “Camp Shriver” on the grounds of her Maryland home in 1962. This camp was aimed at providing summer engagement and physical activity for those with intellectual impairment who were, at that time, still barred from participating in more mainstream programs. It would become an annual event that grew each year. Eventually, Camp Shriver morphed into the International Special Olympics Summer Games. The first event under that name occurred in Chicago on July 20, 1968. Over a thousand athletes from the USA and Canada participated. Today, the inclusive movement that began that day touches more than 5 million children and adults, spread across over 170 countries.

It’s an easy mission to support and my personal connection with Special Olympics began with a birth, but it wasn’t mine. My cousin Joey was born with Down’s Syndrome in 1960. This was a time in our history when special needs children were still regularly separated from their families and institutionalized. “Mainstreaming” was not a concept in American society yet but trailblazers like Joey’s parents and Eunice Kennedy Shriver were beginning the ground swell of change that would eventually lead to reforms and progress like the Special Olympics and the Americans with Disabilities Act. By the time I came along in the early 1980s, Joey was already a young adult with more than a decade of Special Olympics experience under his belt. He would go on to accumulate another decade more, eventually competing in over two dozen Minnesota state games and a handful of national competitions.

The skills, confidence, and joy Joey gained from this career were a source of pride for the rest of his life and he applied lessons he learned from competition to his “regular” life daily. Multiple generations of our family gladly provided financial support to Special Olympics and shared in Joey’s experiences.

When I was looking for a more hands-on way to get involved with my support of the mission, I found it right around the time I started my career with PMG in early 2017. This was when I participated in my first Polar Plunge with friends.

Everything about the experience was positive, exhilarating, inspiring, and uplifting. I couldn’t stop talking about it when I returned to work the following Monday – or for months to come! By the time 2018 was knocking on our door, several of my coworkers had agreed to participate with me and our first PMG Team was ready to take the plunge! Since then, we’ve raised over $14,000 to support Special Olympics programs across our home state. To put that amount in perspective, every $500 raised can provide the funding to start a new Special Olympics of Minnesota (SOMN) delegation. This organization can make a little go a long way!

Today, as we prepare for our 5th Annual Polar Plunge, we’d like to share the fun with you too! You don’t need to be in Minnesota, or even willing to jump into a lake, to participate with us. Thanks to the internet and COVID, there are now a lot of ways you can partake or support us.

Our event takes place on February 19, 2022, in Prior Lake, Minnesota. You can participate with us by doing any of the following:

Don’t forget, you can find a plunge event anywhere in the world and create your own team too! As much as we’d love your support, we want you to support Special Olympics even more. If you have questions about the plunge, Special Olympics, donating/participating, or PMG’s involvement please send them to our Writing Team to get answers! And never forget the creed all Special Olympic Athletes live and compete by, “Let me win. But if I cannot win, let me be brave in the attempt.”. 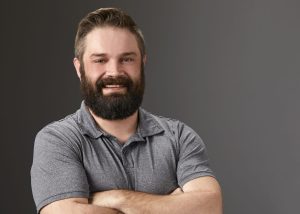