How It’s Made – Fireworks 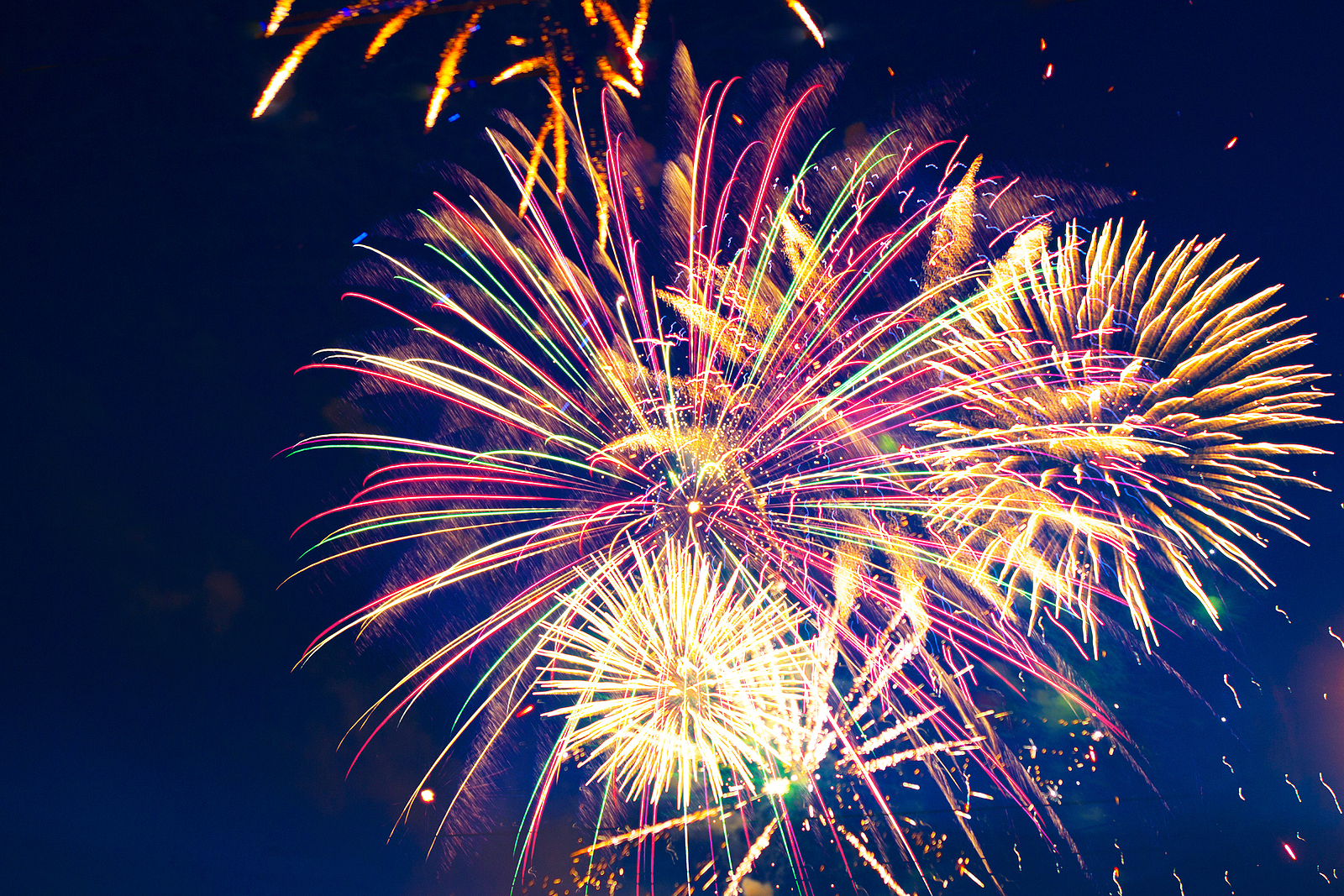 It’s the heart of summer now and that means many things – shorts and t-shirts, barbecuing and grilling, backyard pools or trips to the beach and, in non-COVID-19 times, professional baseball games. It also means celebrating Independence Day by setting off large explosives in the sky (a.k.a. fireworks). That got us thinking – how are fireworks made? And that, of course, brought us to this month’s How It’s Made article.

Before we get to the specifics, I want to point out that fireworks can be placed in three general categories:

Sparklers are hand-held fireworks, fountains are ground-based fireworks, and aerial shells are the large ones that you see exploding in the sky. You can break these categories down even further but, for the sake of this article, we’ll leave it at these three types. Regardless of the type, each firework contains key elements in various levels or combinations.

Those key elements can be seen in the image below which can be found at Compoundchem.com. Key elements of fireworks include:

Metal Compound Pellets (or Stars) – These produce the colors you see when fireworks are lit.

Oxidizers – In combination with the fuel, this produces the blast.

Binders – Required to hold the mix of elements within the firework.

Chlorine Donors – These are used to deepen the effects of certain colors.

As I mentioned, different combinations and different levels of these elements are used depending upon the type of firework and intended effect of the firework.

With all that said, let’s get to it.

Below are short summaries of the way in which each of the three types of fireworks are made. As we move through the categories, each type gets a little more complex in nature and the way in which they are built.

These slow burning wands of sparkles are made of a metal compound (depending upon color), black powder/gun powder (fuel/bursting charge), and a binder. When these elements are mixed with water, a slurry is created. Once the slurry has been concocted, the wand is dipped in the slurry then dried. This is the end of the wand that, when lit, emits the sparkles. When the fuse is lit, the powder ignites. This, in response, pushes the metal compounds out, creating the sparks.

Fun fact: the end of the wand can reach temperatures upwards of 2900° Fahrenheit.

Fountain fireworks are a bit more exciting than sparklers and, as a result, have more elements as well. Fountains consist of the following parts:

Tube (made of paper or plastic)

For these, imagine a rocket. A mixture of the metal compounds and fuel are placed into a tube (the rocket), which sits on a base. The mixture is, of course, based upon the desired effect. Also, inside the tube is a clay plug at the bottom and a clay choke at the top. A fuse is placed through the clay choke at the top and then wrapped in protective paper. When lit, the flame travels down the fuse into the tube (the bottom of the rocket) to ignite the metal compounds and fuel which creates the display and sparks. Note: due to the nature of this setup, it does not “launch” the firework.

Bigger doesn’t always mean better but, in the case of fireworks, it usually does. Aerial shells are the largest in size when it comes to firework types. As a result, aerial shells are slightly more complex than the others in build.

It’s important to remember that, unlike other fireworks, there are two bursts that happen in aerial shells:

The lifting charge – to lift the shell into the air

The bursting charge – creating the burst of color and sound

Aerial shells have two fuses: the time-delay fuse and the fast fuse. It might not sound like it but each fuse takes the same amount of time to ignite. The difference between the two is that the timed fuse ignites the charge/cache of powder that launches the shell. After launch, this fuse continues to burn until it reaches the fast fuse. The length and burn time of the time-delay fuse is calculated very carefully to ensure that the shell is at the appropriate altitude for full ignition. When the fast fuse is lit, it ignites the metal compounds and sets the burst into the sky.

It might seem simple enough but, to add to the effects and complexity, multiple chambers of gun/black powder will be built into the shell. These chambers go off at different times creating the many effects of light, color, or sound. Additionally, the explosive shells/stars can be strategically placed inside the tube in a desired shape (say a flower) to then explode in the sky in that same shape (a flower).

Now, if all that sparked (see what I did there?) more curiosity in you, I’ve linked some great articles below for you to check out:

Keep in mind on this last one: your typical 20-minute show, set to music, can cost upwards of $40,000. Also, they’ll often put this show on twice in one day!