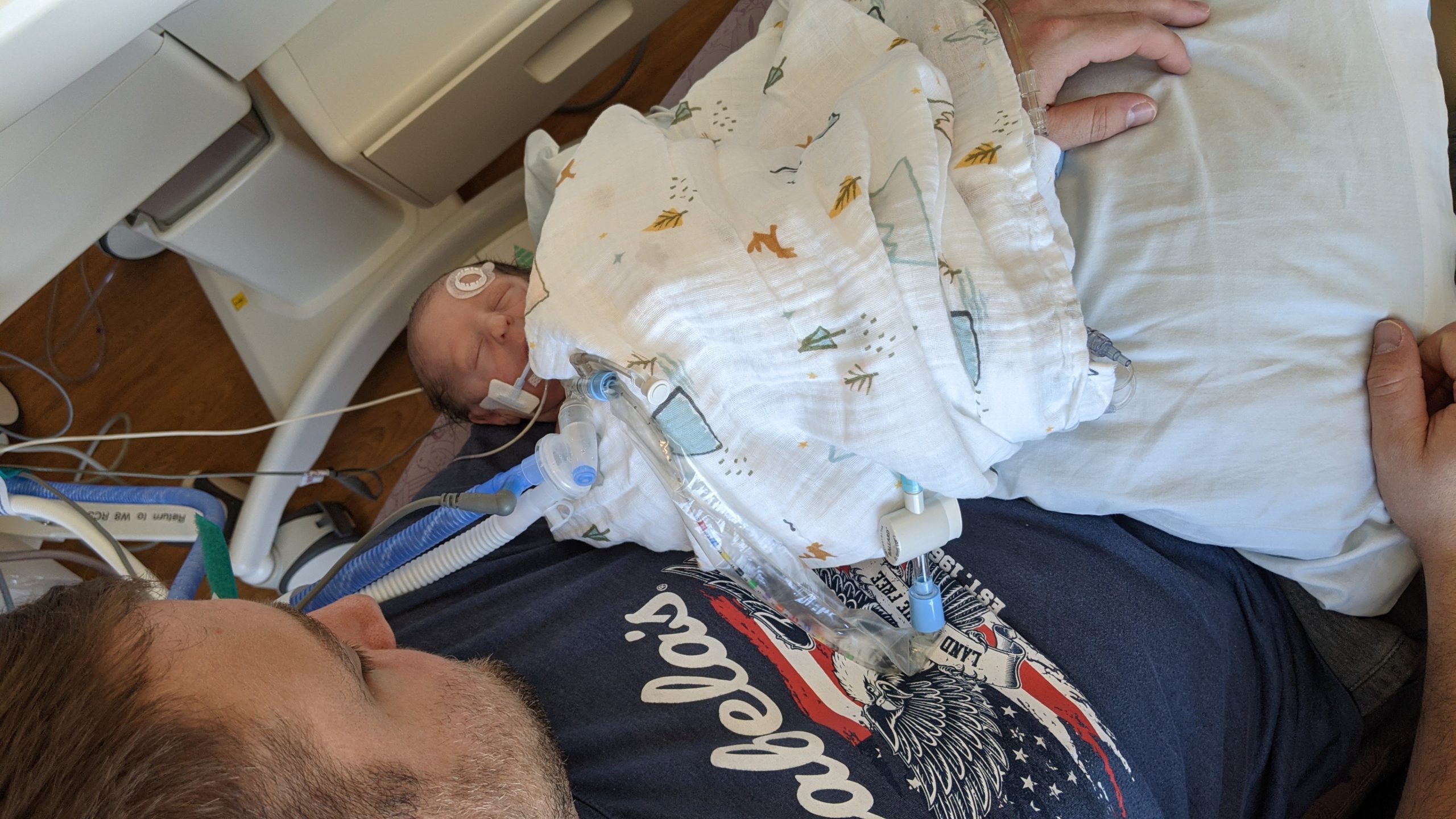 Rejoice fathers everywhere! Father’s Day is a day to celebrate ourselves and our own fathers! It’s times like this that we take time to ask ourselves what kind of father we are, and is that good? I figured I’d share a story about how I became a father, how it shapes the man I am today, and how I appreciate my father more as a result.

As a young parent I said to myself, “I shouldn’t give my kids what I never had. Instead, I should teach them what I never knew.” Of course! Besides, I’m a millennial, what didn’t I have growing up?

A 2020 Christmas surprise, that my wife and I decided to keep secret from our family and friends, was that she was pregnant!

Already, we were planning the fun things we’d be doing with our kiddo. What would we name our son or daughter? “Brexley” was the strong contender for a girl name! Sweet, right? A few months passed, and we learned from the doctors that we were having a son! I’ll state for the record now, I was personally hoping for a girl. My wife was adorable as a kid, and anyone would love to have a miniature version of her running around in their life. Though, I will say, his ultrasounds pictured a darn handsome little guy!

What parent doesn’t think of what they’ll teach their children? Our goal was to make sure our kid had the skills, in no particular order, to be self-sufficient in as many aspects of life as possible.

Now for the piece of the story I haven’t told you yet. I was working from home during my wife’s 14-week ultrasound when she called me. In tears she said, “There’s something wrong with the baby.” I rushed out the door and drove 20 minutes down HWY 60 to the clinic, heart pounding.

I entered the doctor’s office to greet my wife and was told there is a large omphalocele in our son’s umbilical cord. I’ll spare you the details, but it’s usually tied to a severe genetic disorder, often fatal. The doctor strongly suggested we consider terminating, but we, in unison, refused. The recurring theme you’ll find is that, if we had put ourselves in his shoes, we’d want our parents to give us every opportunity to fight. So that’s what we did.

After transferring to Children’s Hospital of Wisconsin, we had frequent and expensive visits to monitor and plan for our child’s birth. A scheduled C-section was the route we took, set for August 5th, 2021.

That morning, as we checked into the hospital, I met a nice man who was sporting a Milwaukee Bucks 2021 championship t-shirt. I complimented him on it, and we got to talking about his day. Turns out, his son was welcoming a baby girl into the world… who passed away after 45 minutes of life. Devastating. I buried my own worries, for the remainder of our conversation, before departing with some kind words.

The C-section went well. Becky was in recovery, and I followed our stable son to the NICU with his team of doctors and a ventilator.

I don’t think Becky or I left the hospital for 3 days. We spent every bit of time we could in our son’s room. Comforting him when nurses had to poke and prod for blood samples. Assisting with diaper changes (it was a delicate process due to the omphalocele.)

Don’t get me wrong, amidst the worry and pain there were moments, even hours, of happiness and joy. Seeing my wife hold our creation and take a nap together invokes the greatest feeling as a husband and father.

I can spare you the extensive details of the weeks to follow, but I’ll say we saw fluctuations in our son’s status. Day-by-day things became promising, then we’d take a step back. At around 12 days the doctors had a conference meeting with us. They sat us down and said they discovered an infection in his intestines. We had 3 options: Operate, administer antibiotics, or go palliative. We once again decided to give our son a fighting chance. We immediately administered antibiotics.

I called Father Rick, from my church growing up, in hopes of having our son baptized. He was able to make a rush visit. That day was rough, but I felt confident Wyatt would pull through. We slept at the hospital that night. The next morning the doctors sat us down again in that same conference room. They needed to operate. We agreed.

They removed over half of Wyatts intestines and, in doing so, had a successful surgery. As they were stitching him up though, a blood clot had let loose. They couldn’t maintain his blood pressure. Doctor Katie then called Becky and I in to hold our son for his final moments. He passed away in our arms at 2:13pm CST on August 19th. Being a father hit harder than I could have ever imagined that day. I would have given my entire life for this child that I’d only truly known for 2 weeks and 8 minutes.

All those lessons I’d hoped to impart to my son were dashed, but not wasted on me. They were essential in recovering from such a loss. Becky and I both had the Emotional Intelligence to support each other more than ourselves. We had Financial Responsibility to take care of bills and have a buffer during tough times. We took time to maintain our Physical Health and Home as we rebuilt our lives and regained a sense of normalcy. We reassured ourselves with Humility that we’d done everything a parent could be asked to do for their child. While we didn’t have the power to save him, we gave him everything we could. We turned to family and friends to vent our frustrations and, for anything they couldn’t understand, we turned to God.

My own father, thankfully, never had to endure the loss of a child. I’m now seeing my experience as his son with a different lens. All the lectures, and the scolding, as a result of my wrongdoing growing up were the concerted efforts he made to prepare me for life and protect me from myself. In recognition of this day, I Say, “Thank you, dad, and thank you to ALL dads who prepare us for life. We owe you a great deal more than what you get on a daily basis.”

With that said, I promised you all a happy ending. No, Wyatt Ethan Schwarz (believe me I fought for “Wyatt Earp Schwarz” and the wife wasn’t having it.) did not survive to come home with Becky and I. We did not get to raise him and teach him all these great values. There is, however, a favor he must have asked the big man upstairs. That favor was to have a little brother.

While Wyatt is the son that made me a father, his little brother is on the way to make me a tired one! At the moment, we have a running list of names and no idea which one to choose. Perhaps you can all help us out here! Go back to the social media post you likely found this article from and comment which of the names listed below you like most!

Side note: A girl name would’ve been so much easier…